Our brand new website is still under construction. If you see any broken links, please contact us. Thanks for your patience.

The Joseph A. Myers Center is housed at UC Berkeley’s Institute for the Study of Societal Issues (ISSI). The Center was founded in 2010 with a mission is to provide the people of Indian country with pragmatic research products that can be employed to improve the quality of life for Native Americans throughout the US. The Center fulfills this mission by bringing the resources of the University to Native communities; developing, coordinating and funding collaborative, community-driven research projects; providing technical assistance and training; disseminating research publications and reports; and hosting conferences, colloquia and other events open to the public on topics of concern to Native communities.

As part of our mission, we also acknowledge and make visible the university’s relationship to Native peoples. The Center sits on on the territory of xučyun (Huichin), the ancestral and unceded land of the Chochenyo-speaking Ohlone people, and every member of the Berkeley community has, and continues to benefit from, the use and occupation of this land, since the institution’s founding in 1868. We recognize that the Muwekma Ohlone people are alive and flourishing members of the Berkeley and broader Bay Area communities today, and we would like to thank the Muwekma Ohlone Tribe and Native American Student Development (UCB) for developing this land acknowledgement and resource page. 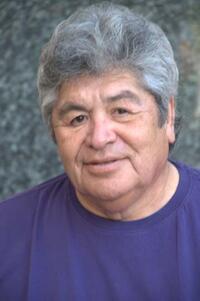 The Joseph A. Myers Center for Research on Native American Issues is named after Joseph Myers, a Pomo Indian from Northern California, who helped to start the center and served as co-chair from 2010-2020. Mr. Myers completed his undergraduate and law degrees at the University of California, Berkeley. He spent more than 30 years as the founding director of the National Indian Justice Center (NIJC), a non-profit corporation with principal offices in Santa Rosa, California. He founded the NIJC in 1983, as an independent resource for tribal governments and their courts. The NIJC creates and conducts legal education, research, and technical assistance programs aimed at improving the administration of justice in Indian country. Through NIJC, Mr. Myers served the needs of Indian tribes nationally by providing legal training and technical assistance to improve the quality of life and administration of justice in Native communities.  From 1976 to 1983 Mr. Myers served as associate director of the American Indian Lawyer Training Program, creating and managing its tribal court advocate training project. Mr. Myers contributed significantly to the improvement of justice in Indian country; in 1993, Mr. Myers received national recognition from Attorney General Janet Reno for his work on behalf of victims of crime in Indian country.  He was also a Lecturer in Native American Studies at UC Berkeley for over 15 years. Mr. Myers received numerous awards, including the 2002 California Peace Prize from The California Wellness Foundation and the 2010 Peter E. Haas Public Service Award from UC Berkeley. Additionally, Mr. Myers was a founder and board member of the California Indian Museum and Cultural Center. He also served as Chairperson of the CALTRANS Native American Advisory Committee. The research center’s name is intended to recognize the extensive service of Mr. Myers to Indian country. Joe Myers died in December 2020, after a long illness. Read more about Joseph Myers, his legacy, and watch a video of his memorial here. 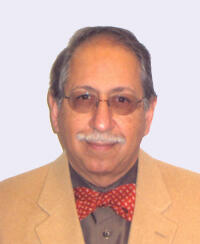 Martín Sánchez-Jankowski (Yaqui) is Professor of Sociology at the University of California at Berkeley.  In addition to being Co-Founder and Chair of the Joseph A. Myers Center for Research on Native American Issues, he is Chair of ISSI's Center for Ethnographic Research. Professor Sánchez-Jankowski received his Ph.D. from the Massachusetts Institute of Technology in political science and economics. His research focuses on inequality in advanced and developing societies and has been directed toward understanding the social arrangements and behavior of people living in poverty. He has studied urban gangs within U.S. low-income neighborhoods, resulting in the book Islands in the Street: Gangs and American Urban Society (1991). Subsequent studies have been directed at education, some of the results being reported in a book co-authored with five other Berkeley faculty entitled Inequality By Design: Cracking the Bell Curve Myth (1996); and in the social order of neighborhoods, with those results being published in Cracks in the Pavement: Social Change and Resilience in Poor Neighborhoods (2008). His most recent book is Burning Dislike: Ethnic Violence in High Schools (2016). He is currently engaged in comparative field research on poverty among indigenous groups within the U.S. and Fiji.